Zac is the founder of Peak Learning Adventures and head guide. He has been climbing, walking and skiing for over 40 years. His great passion is mountaineering, with 21 expeditions to the Himalaya and Karakoram ranges covering Nepal, Tibet, Pakistan and India along with 11 seasons in New Zealand. Zac is one of Australia’s most experienced high altitude mountaineers with ascents of 6 of the 14 world’s highest mountains above 8000 metres in elevation. He has been on three Expeditions to Mt Everest and reached its summit in 2010. Zac was the last person to carry an SLR film camera to the summit!

Zac has outstanding outdoor leadership credentials. He has run adventurous training programs in the Army, led many Himalayan expeditions, worked as an outdoor guide for a number of companies and consults for the Outdoor Recreation industry. He has also led numerous treks and climbs in Bhutan, Nepal, Africa, New Zealand, Tibet, India and Pakistan. Zac is also a Level 4 cross-county ski instructor and regular competitor at the World Masters Cross Country Ski Championships.

Zac was a career soldier for 31 years and is currently serving as a Lieutenant Colonel in the Army Reserves, having recently commanded an Engineer Regiment of 350 soldiers. Along with his love of military history Zac brings his wealth of military experience to the PNG battlefield treks and tours, which he has been guiding for 13 years. 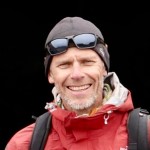 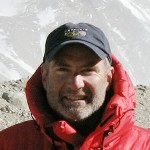 He made the first Australian ascents of 6 of those peaks and summited Mt Everest twice. He has worked as leader and guide for climbing, trekking and adventure groups around the world since 1990, as well as for the Australian National Antarctic Research Expeditions, and has trekked, climbed, paddled, sailed, skied and adventured on every continent on earth. Andrew is Ambassador for Scouts Australia, the Sir David Martin Foundation and the Australian Himalayan Foundation. He is the author of SUMMIT 8000 and featured in the Discovery documentary series Ultimate Survival: Everest. 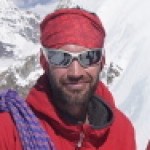 He has also completed many first ascents on difficult peaks in remote regions of the world such as Baffin Island, Chukotka in Russia and Kyrgyzstan. He climbs extensively in the European Alps where he now spends most of his time climbing, skiing and paragliding. After selling his rope access company in Australia he now enjoys taking small groups on adventures into the mountains and sharing the explorations of new places. 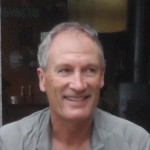 He has reached the summit of four of the world’s highest peaks over 8000 metres including Mt Everest, Manaslu, Cho Oyu and Shishapangma Central. He was the first Australian to climb the Seven Summits. He has guided in PNG, Nepal and South Georgia. He is a retired banker and sits on the Board of Bank of South Pacific Ltd, based in PNG. 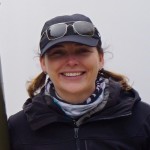 She recently joined Peak Learning as a guide and expedition doctor and has led treks to Kokoda and Mt Kilimanjaro. Her wealth of experience working in remote areas makes her an asset on e very expedition. Her nickname is “ Am” and is a great raconteur when the going gets tough. When she isn ’t diving, treating patients or guiding, Annemarie is an avid hiker and triathlete, having competed in Australia and NZ. 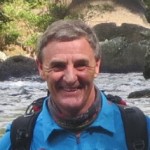 Markham St Clair Walton, aka “JB” born in NSW spent the 60s to early 70s in an 1805 homestead in the then quite rural south west Sydney town of Campbelltown. A journey into the Royal Military College, Duntroon commenced in 1974, (and gave him the “JB” nickname from the ghastly TV show “the Waltons”), graduating to the Royal Australian Artillery. His connection with Defence continues to this day with over 40 years distinguished service in the Army, currently with the rank of Major. JB is a specialist PNG Guide and is renowned for his energy and humour with clients and the local PNG staff.

JB also gained a passion for surfboats and still competes currently rowing with the North Bondi club. He recently returned from a 100km surfboat race around the Dardenelles in support of events surrounding the 100th anniversary of ANZAC. As well as a keen interest in all things adventurous particularly those involving ropes and rock, and tracks and packs!

Living in the Blue Mountains makes sense for the adventure parts of JB’s life while boats and forays to the coastal beaches provide a short holiday-like break from mountain life. 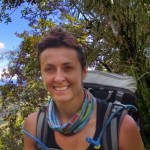 As a trek guide Nikki has been privileged to experience and engage with different cultures in magnificent natural environments. Nikki has witnessed children growing up along the tracks, befriended and established strong working relationships with the communities.

When you trek with Nikki you are with a veteran guide of the Kokoda Track, someone who has thoroughly researched this extraordinary campaign and you will discover things that you won’t read in books.. You are also with someone who is passionate about the people and cultures you’ll meet as you take part in this life changing, mental, emotional and spiritual journey.

Nikki has built the most wonderful friendships with the local villagers Over the years she has talked to local elders who were there during WWII, war historians and senior military personnel who have walked the track with her.

In Nikki’s words, “what inspires me about the historic Kokoda track, is the human sacrifice and the endurance of the men that fought, fell or survived for their country. For me, I feel passionately about bringing all these experiences to fellow trekkers”. 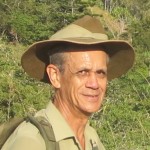 He first walked with small groups of ADF soldiers from 1984 to 1989 on ‘adventurous training’ exercises including: the Kokoda Trail; the Bulldog-Wau Road; the Wau-Salamaua WW II tracks; walked from Kompiam, WHP to Eram on the Yuat River and boated to Tambanum village; crossed the Saruwaged Range of Peter Ryan’s “Fear Drive My Feet”; and rafted down the Watut River.

Reg worked for 36 years as a Qualified Ambulance Paramedic (QAP) with Ambulance Service Victoria, Melbourne, retiring in 2009. Reg enlisted in the CMF in 1971 and was an Army Reserve Infantry Captain for 20 years from 1980 to 2001. 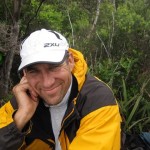 He has made many solo journeys: Mt Aspiring in NZ, the Matterhorn, a North to South traverse on foot and by raft of the Brookes Range in the Arctic Circle, long winter ski tours in the back country of Colorado and the European Alps. In Australia, he’ll head into the bush at every opportunity, preferring inclement weather that empties the ranges and stirs the senses. He has also guided trekking peaks in Nepal and taught rock climbing to school children in the Grampians, relishing the opportunity to share his home turf and teach the skills necessary to travel safely in the mountains.

A medical practitioner, James has extensive experience on many expeditions treating general medical, altitude-related and cold injuries. He works as an Assistant Surgeon in orthopaedics and neurosurgery in Melbourne. If pressed, he may tell you about the time he amputated a Sherpa’s leg in the Khumbu, and the subsequent canine intervention! He has also worked for 25 years as a psychoanalyst in private practice. 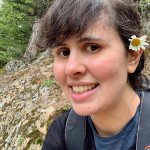 When she’s not mountaineering, she’s road cycling or writing as a freelance journalist. She’s written for medical journals and some extreme sport press. Known for her brightly coloured climbing gear and chirpy nature!

I wanted to say a big thanks again. We all made it safely home. It’s all sinking in and I wanted to thank you for all your efforts leading up to and during the Kokoda trek to ensure we had a memorable trip. We enjoyed the swims, the narrative and the coffee. Not necessarily in that order!

Just wanted to thank you for a great trek – even in my condition I still got a lot from the walk. I was coming good by Isurava and ate like a horse through the northern beaches so put on a few kilos before arriving back home. Will never forget the dawn service at Isurava – most moving I’ve ever been to, Gallipoli included.

My 2014 trip to Mera Peak with Peak Learning was life changing – without comparison, it was the perfect way to revive, reset and recharge the batteries. As a first time mountain climber I was naturally anxious about the adventure, but at all times in the lead up to, and during the climb I felt safe and secure in the organized and experienced care of Zac and Geoff our guides.

What an unforgettable experience! To walk such a scenic and historical track is both an honour and a humbling challenge. Zac’s knowledge of the track and detailed recount of its proud military history is second to none. There is no better way to do the track than with Zac and his team of jovial local porters teaching you about local customs, food and the language to keep you entertained along the way. This is a once-in-a-lifetime experience that I would highly recommend to most ages and fitness abilities.

Thank you once again Zac for a fabulous trek and you calm and comprehensive guidance. I thoroughly enjoyed every day of our trip to the wild side.